I have no real point to this post other than to just write and share what I've been up to the last month. As of this writing, the color outside is spectacular! The leaves are falling very quickly though, so I am sure it will just be a few more days before we need to rake daily! 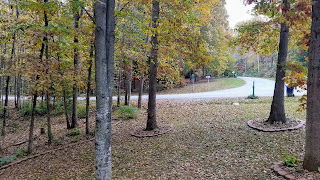 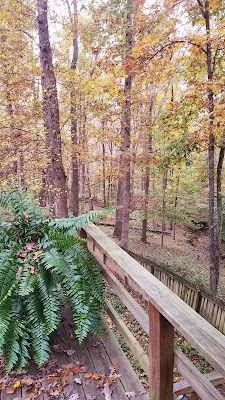 As much as I want to say I have been out enjoying fall to it's fullest I can't.  Other than one week where I felt good both physically and mentally, fall has pretty much been rotten in both regards. But I want to share what I've done on the good days and celebrate the things that were accomplished!

My birthday was mid-October, and fortunately that was a good week for me, so Chad and I spent a lovely fall day at the Virginia Wine and Garlic Festival.

We also made it to a few Farmer's Markets. Although I've not been doing as much cooking lately, I did manage to make a few yummy things this fall. I made a apple pie and used some market veggies to make curry. 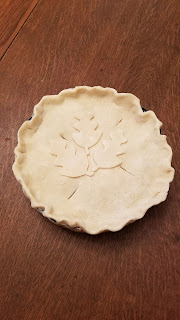 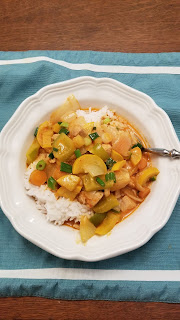 I also made Runzas while my brother was here. For my non-Nebraska readers, Runzas are a staple of a Nebraskan's diet.....seasoned beef, onions and cabbage stuffed in a soft dough. They are a pain to make so I rarely make them, but they are my brother's favorite food. 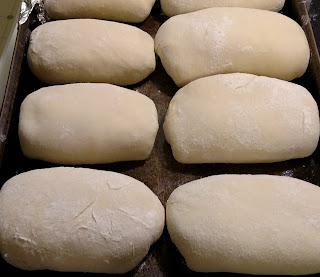 Speaking of my brother, he spent 5 days here the end of October to replace our floors in the family room. Just a reminder of how the room looked when we bought the house...... 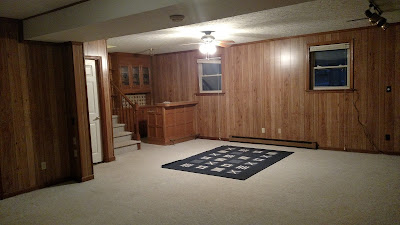 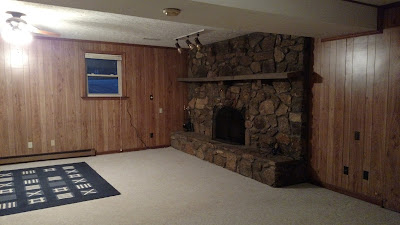 Pretty dated, right? We started by painting over the white paneling. Over the summer we painted out the bar in navy blue and painted the crown molding and window and door trim. Then, a few weeks ago, we tore up the nasty carpet and laid vinyl plank floors. We chose vinyl since it's a lower level and moisture could be an issue. 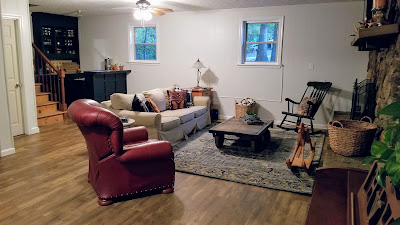 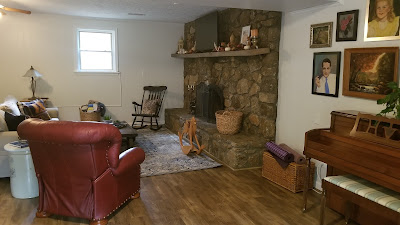 I think it turned out nice! We still need to refinish the stairs and do a bit of touch up on the trim and paint the door, but I am happy with the progress! We are leaving the rock fireplace untouched.  I had considered painting over it, but it really doesn't look bad and Chad really wanted to keep it as is. It adds warmth to the room that may otherwise seem too stark because of the white paint. 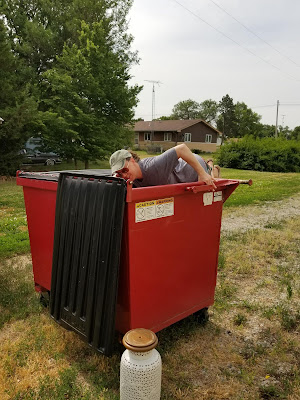 My good friend had thrown out her vintage Blanc de Chine lamps....which her father had brought home from WWII! I, of course, was horrified when she told me and quickly rescued them from the dumpster!  Fortunately, they landed on a pile of trash so they did not break when she pitched them in! They needed rewired, which is why she had thrown them out, but I figured even if I spent the money to have them rewired, it would be worth it.  When my brother was here, I got the parts and he was able to rewire it for me for free! I picked up some simple shades at Ollies, and for less than $25 each, I had beautiful working vintage lamps! 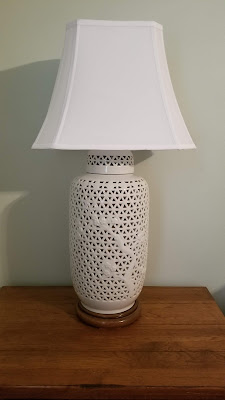 Since I wanted them for my bedroom I ended up getting some new bedding as well.  We had never changed to a king comforter when we upgraded to a king sized bed several years ago, so I finally bought a new down comforter and linen duvet cover. I like how the room is pulled together with the creams and whites. My grandmother's doilies are framed above the bed for art. I think I will try to spray paint the clock white and I still would like to get a rug to break up all the wood.

So that's a wrap.  We didn't get to have Phoebe come for fall activities, but hopefully she can come out for the Christmas Parade the first week in December. We leave for Phoenix in just a couple weeks, so we are excited to rest, relax and soak up sunshine and family time.

Posted by Rebecca at 6:37 PM No comments: