Even though we have a few more weeks of summer according to the calendar, not to mention it is still 85 degrees every day, I feel as if summer is over. So, I thought I'd give an update.

1) In June, our little granddaughter was born.  Phoebe Joy is such a little sweetie! We have enjoyed her and her Mommy visiting a few times over the summer.  She is almost 3 months now and is starting to smile and is very aware of her surroundings. 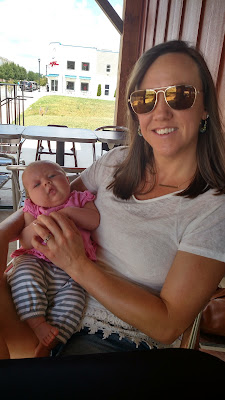 2) A lot of traveling happened this summer! Chad and I went to Gettysburg and New York City, and the three of us went to western Nebraska. I also went to San Diego at the end of July.  I had a good time reconnecting with my dear aunt and uncle I had not seen for 12 years.  I also was able to spend the weekend with Naomi.  We did a lot of site-seeing and had a lovely walk on the beach the first night we were together! 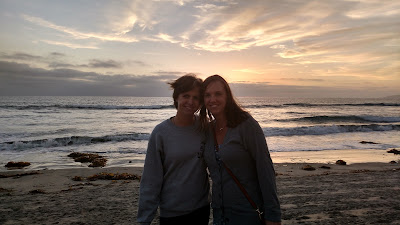 3) As I mentioned above, in mid-August we went back to western Nebraska for a long weekend.  Chad's folk just sold the house he grew up in, so we went back so he could say goodbye to it.  It was a fun, bittersweet weekend as he closed a chapter of his life, but we are excited to visit them in their new home in Phoenix. 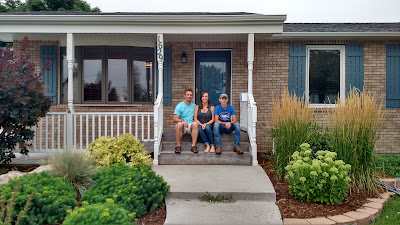 4) I'm calling my garden a flop this year. :-( It really wasn't a horrible flop, but not as productive as I would have liked. My lettuce was wonderful in June and early July.  The tomatoes started out lovely, but were soon hit with blight.  Before the blight got really bad, I was able to freeze about 20 quarts of tomatoes; so not a complete loss.  Two of my pepper plants have not produced at all and keep losing their leaves.  I have one productive bell pepper, and my jalapeno has given me a few little peppers.  Carrots, onions, and radishes were so-so.  I think I waited too long to harvest all of them.  So all in all a discouraging gardening year this year! 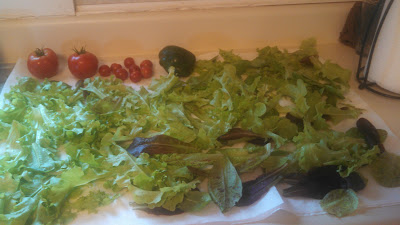 5) Both Chad and Remington started back to school this last week.  Remington started 8th grade, and Chad started his 3rd year of seminary. We have lived in Virginia 2 years now!  It doesn't seem to feel that long ago we made the decision to move to Virginia, but time has ticked along.  Chad has gone down to part time school now that he has a full time job.  We both have decided we want to stay in this area until Remington is done with school, which is 5 more school years, so he is taking his time getting his degree. This is most likely Remington's last year of homeschooling.  Next year, if he still has the desire, he will go to a nearby Christian school for high school.

This fall looks to be fun!  Right now we are in the midst of soccer season that will go through October.  In a few weeks Oksana will visit, and Nakoma and Pheobe will also come out during that time. Then, I go to Chicago for 6 days with my best friend from Nebraska. Chad has a domestic mission trip he will be co-leading over fall break in October.  Finally, we are keeping our finger's crossed that Naomi will be visiting sometime this fall after she finishes up her job training.  We are hoping her job will put her on the east coast so we can see her more often, and she can visit on holidays. After all this, the holiday season will be coming upon us!

Well that's a wrap of summer! Have a great week, friends!
Posted by Rebecca at 8:14 PM 4 comments: