Winter has finally come to Virginia and we have had snow on the ground for two weeks!  I am ready for it to melt and for spring flowers to make their appearance.  Chad reminds me how good this snow is for my garden....so I guess there is something good to be said about it! 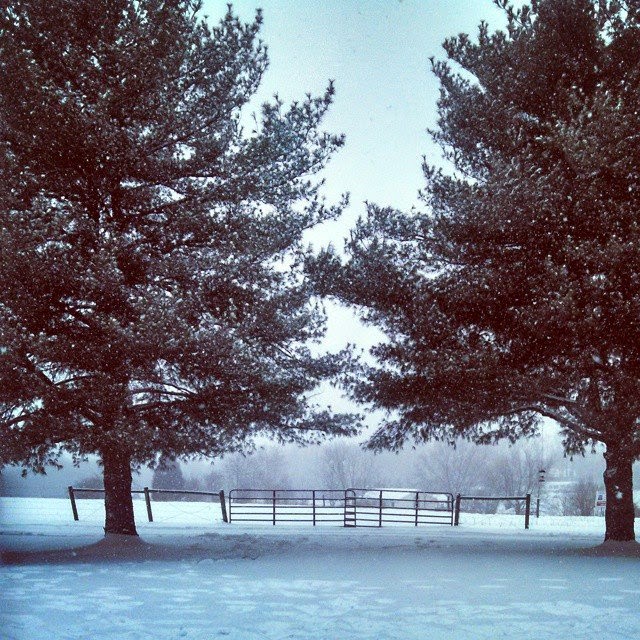 It has been pretty quiet around here for the most part. The cold, deary weather has really stirred up the urge for comfort food, so I have been baking a lot and unfortunately, most of it isn't really good for me. I made this recipe for The Best Coffee Cake, Ever and it totally lived up to its name! I also made this recipe for Lemon Ice Box Pie and ended up eating way too much of it since Chad and Rem do not like lemon.  It was also delicious and much easier to make than I thought.  Meringue has always intimidated me, but it was really quite simple! Naomi was visiting the weekend I made it so she helped me eat it and liked it, too. I also made plenty of non-sweet comfort food like buttermilk biscuits, chicken pot pie and chicken fried steak with mashed potatoes and gravy.  So yeah.....not doing so well on eating healthy.

I have tried to clean up my diet some this week since we will be going to Phoenix in March, and I will be wearing summer clothes. :-)  I have juiced twice this week, have been nibbling on fresh fruit in the fridge and I made basil pesto last night.....but then I made an apples and brie bake yesterday and scarfed half of it.  I guess it's all about balance.....

As I said before, Naomi was able to come home for Valentine's weekend before heading off to her next round of job training.  It was nice to have her home and we tried to cram as much good food, trips to Starbucks, and shopping as we could pack in two days. We had to drive to North Carolina to get her and take her back.  The trip to pick her up her was uneventful, but this was the trip to take her back.... 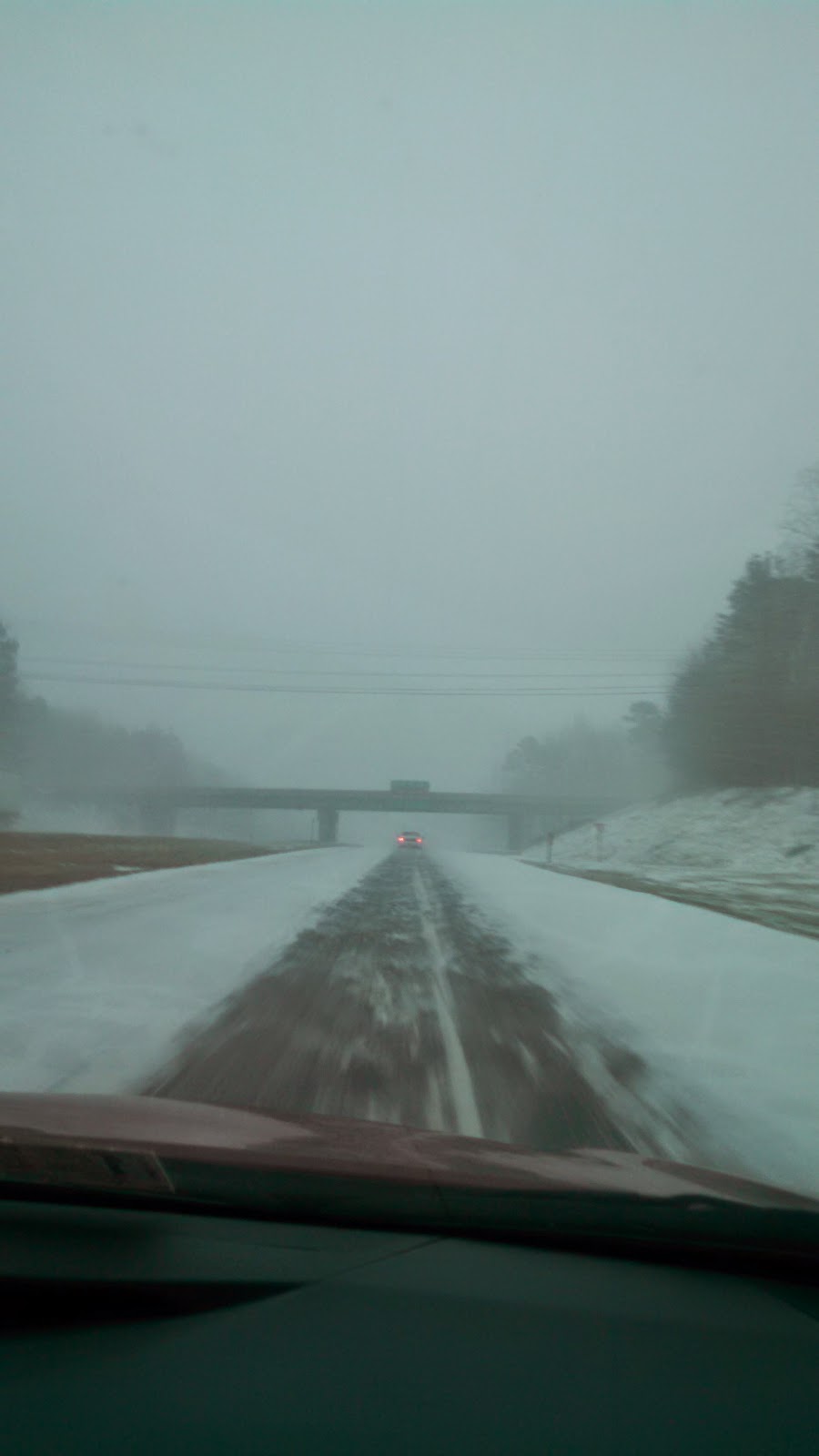 I am glad Chad went with me; we have driven in snow our entire driving lives, so you would think it wouldn't be a big deal, right?  Well remember, Nebraska is flat where there is no chance of you sliding off the road and careening down a 200 foot cliff! Also, the snow plows were not really out, so much of the snowy drive was on un-plowed roads.  We actually got stuck on the last mile before home and Chad had to push us up the hill! I can't wait for spring!

Chad and I celebrated Valentines Day the week following.  We went to a production of South Pacific at the college and it was great!  I had seen the movie several times as a child since my mother had a great love of musicals, so it was fun to see the story on the stage.  Chad and I also went out to diner at a new cafe that serves only local, organic food.  It was delicious and we will definitely go back! Of course, it was bitterly cold the night we went out so no cute date outfit for me.....it was sweaters and boots! This was our thirteenth Valentine's Day together. 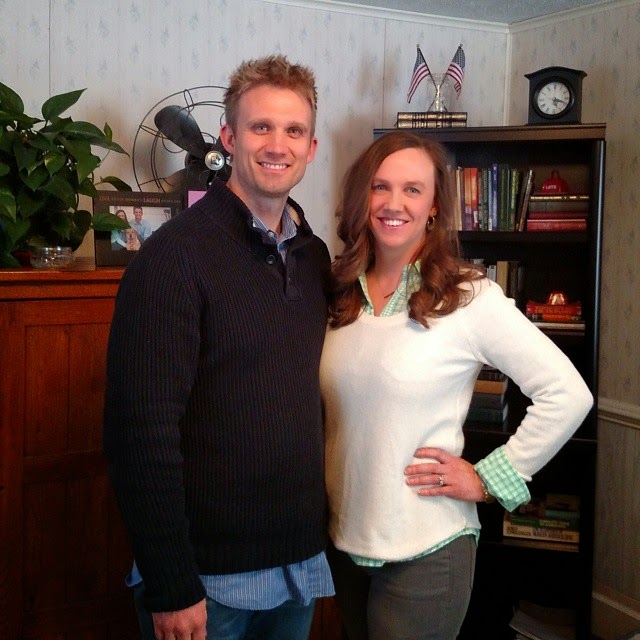 So that is about it! I am SO looking forward to March.  I know we can still get bad weather, but I am hoping that spring weather comes and stays.  We have many fun, exciting things planned for the month.  We will be headed to Phoenix to visit Chad's folks and see their new house that they just bought.  We also plan on heading to Chattanooga to visit Nakoma and see our grand-baby on ultrasound!  (She is due in June.) I am hoping to paint our kitchen if time allows between trips. Chad and I also plan on hitting up several of the music programs that are offered for free at the college. Free dates are the best!  To wrap up this post I leave you with a little longing for spring.....a few little blooms in an antique candy dish....with snow in the background..... 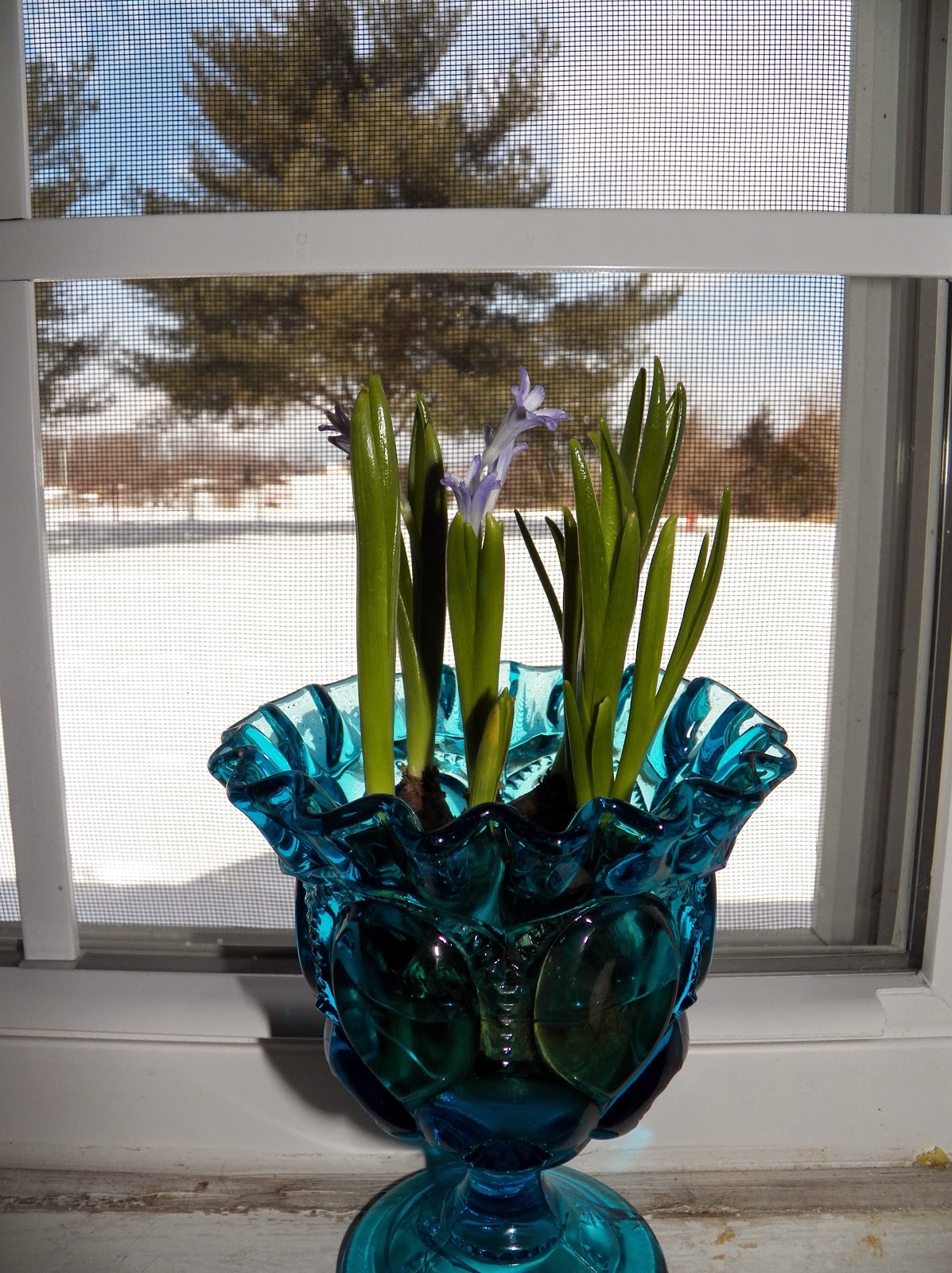 Have a great March, friends!
Posted by Rebecca at 9:56 PM No comments: