Yes, I have been MIA from my blog for over a month. For the few readers who are not my personal friends I will share a little of what has been going on.

On May 15th I called my Dad to say “hi” and could tell he wasn't feeling the best; it had been a bitter winter in Nebraska and I don’t think he ever properly recovered from it after getting a bad chest cold in February. After calling back and forth with my brother and some good friends over the following weekend, my brother and friend went to check on him Monday morning and found he was having such difficulty breathing he could not get out of bed.  Dad was taken by ambulance on May 19th to a local hospital.

Tuesday morning I received the call from the doctor that Dad was not doing well and was suffering from acute respiratory distress syndrome. I boarded a plane Tuesday evening for Nebraska.  I was able to get to the hospital in the middle of the night to sit with Dad who by then was very confused by where he was and all the wires hooked up to him.  I was able to hold his hand, to pray with him, and occasionally reminisce of old times.  At times he was very coherent and knew exactly what was going on, other times he thought he was home.  He knew who I was the entire time though.

Mid-Wednesday morning I left the hospital to eat and rest, since I had not done either of those things the night before.  During the 4 hours I was gone, Dad took a turn for the worse.  I was getting ready to head back to the hospital when my brother called and said to hurry, Dad was fading fast.  I was able to make it to the hospital in time.   He passed away within 15 minutes of my arrival, with 2 of my brothers and me holding his hands.  He was 75.

My Dad was a complicated man who was certainly not perfect. But then again, who of us are perfect?  We had our ups and downs over the years, but the last few years had brought us closer together.  Doing genealogy research over the last several years has brought me a greater understanding of him, his past, and what made him the way he was. 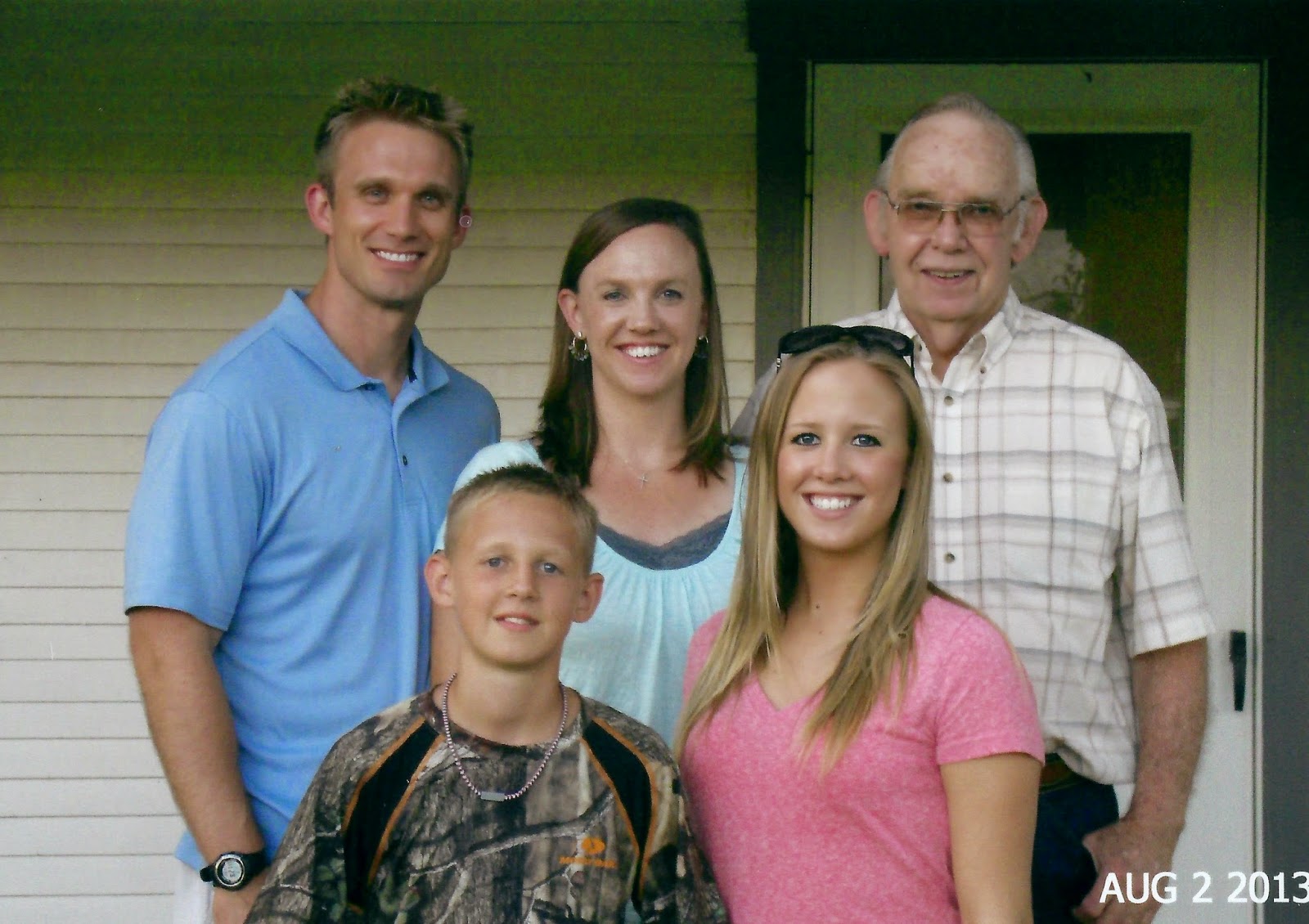 Here is Dad with Chad, Remy, Oksana and me right before we moved to Virginia.

He was also a very talented man.  His ability to turn wood into a piece of art was amazing.  He was a gunsmith, antique horse drawn vehicle restorer, and master woodworker. 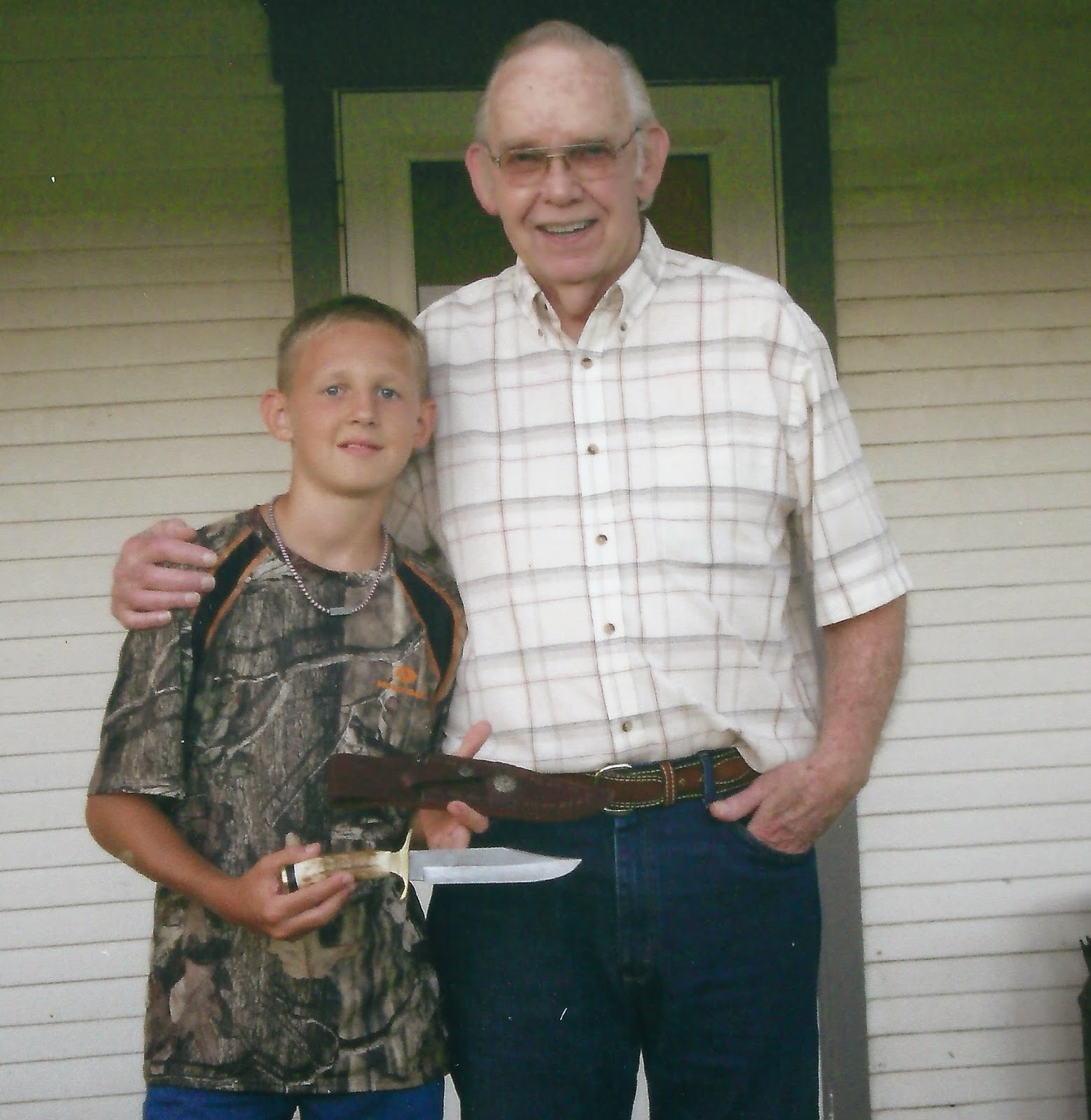 Here he is with a knife he made for Remy. 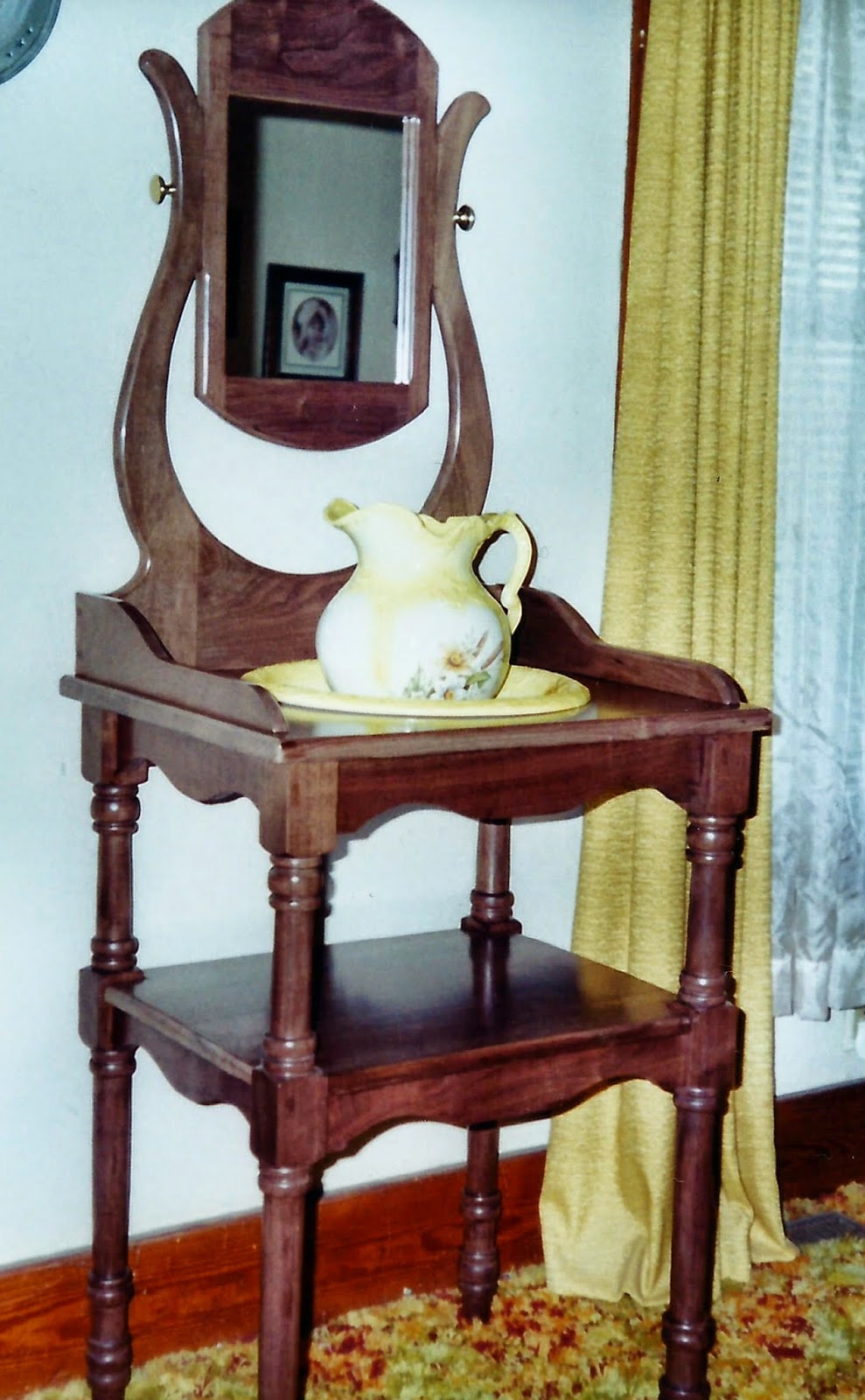 And here is a wash basin stand he made me to hold my Mom's pitcher and bowl. Something I will cherish forever because it is something of both my parents.

I think I approach death and grief differently than most people.  Yes, there have been tears of sadness over the last few weeks.  But not any of them have been for losing Dad, only for what should have been as far as my family’s past goes.  But the fact of the matter is, grieving over the past is futile.  As I have said before, how can the past be used to make the future more positive?  How can I learn from my relationship with my Dad and from the relationship he had with his other children? How can I use what I have learned to better my relationship with my family?  And it wasn’t goodbye for me, only we’ll see you later.

The last several weeks have been a blur.  Since my mother is also gone there was much to settle with the estate, cleaning to be done, and mementos to sort through.  I am so thankful Chad was able to be there with me and for my dear friend, Sharon, who housed and fed my family for almost 3 weeks! We have been back in Virginia a little over a week now and I am slowly getting back into a routine. My living room is a temporary storage unit with things of Dad’s I have brought back; in addition to our storage from Nebraska that I cleaned out and brought back with me. I am looking forward to getting a new storage shed next week and for my house to be back in order! (I’m also looking forward to the day when my girls’ have homes of their own and can cart some of this stuff away!)  J

I plan to get back to blogging at some point in time in the near future. There are many updates I want to share and things I have learned over the last month.  I have so very much appreciated the notes from friends and family, the prayers, and words of encouragement for me and my family!

I look forward to sharing with you again soon!!