How We Taught Our Kids About Money

Today I am going to talk a little bit on how we taught our children about money.  While I am not an expert by any means, this is what worked for our family.  Hopefully at least some of the things I share will be helpful to you. 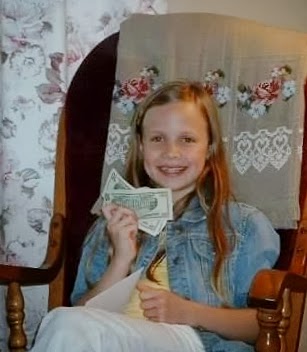 We first started teaching our children about money back in 2005.  At that point in my life I was pretty awful at handling my own money.  Regardless of this fact, I did start our children out on the right foot with money.  During that summer we had a pool membership and we would go swimming with our friends at least once a week. It never failed that while we were there the kids would want snacks and I would end up spending $15-$20, just on snacks, and then going to get ice cream afterwards as well.  My girls were 11, 9, and 9 at the time, so I thought this would be as good a time as any to start teaching them about money and budgeting.  I started a chore list of household tasks apart from keeping their rooms picked up.  Rooms had to kept neat and they were not paid for that.  Chores included loading and unloading the dishwasher, cleaning the bathrooms, dusting the house, vacuuming, and watering the flowers outside.  They each had assigned chores.  Every week I would pay them a commission based on the chores they completed; the chores had to be done on-time and done right.  It ended up being about $8 a week per child. (This increased as they got older.)  This money was to be used to buy snacks or anything else they wanted.  They could spend it all at the pool, or they could save it to buy bigger things after a month or two.  I didn't dictate how to spend it, other than the fact that 10% needed to be saved and 10% could go to a charity of their choice.  I also told them I would no longer be buying snacks at the pool and that they had to use their money if they wanted something.  (I still occasionally would treat them to ice cream afterwards though.)  This was a good start and way to teach them how to handle and budget money, and we continued this for the next several years.

It was when I was getting a hold of my own finances that I heard Dave Ramsey talk about giving his kids a stipend.  Teenage children were given a larger sum of money each month, basically the amount typically spent on them apart from food at home and basic toiletries. This would be money for activities with church or school, clothing, and beauty products/haircuts; pretty much anything a teenager comes and asks his/her parents money for.  This was separate from the commission we gave them, and once they became old enough to get jobs we no longer did commission, just the stipend.  They still had things they had to do as members of the family, like keeping their room clean, doing their own laundry, cleaning their bathroom, and cleaning up the kitchen if they cooked. These had to be done properly every week or they were grounded from going out with friends. 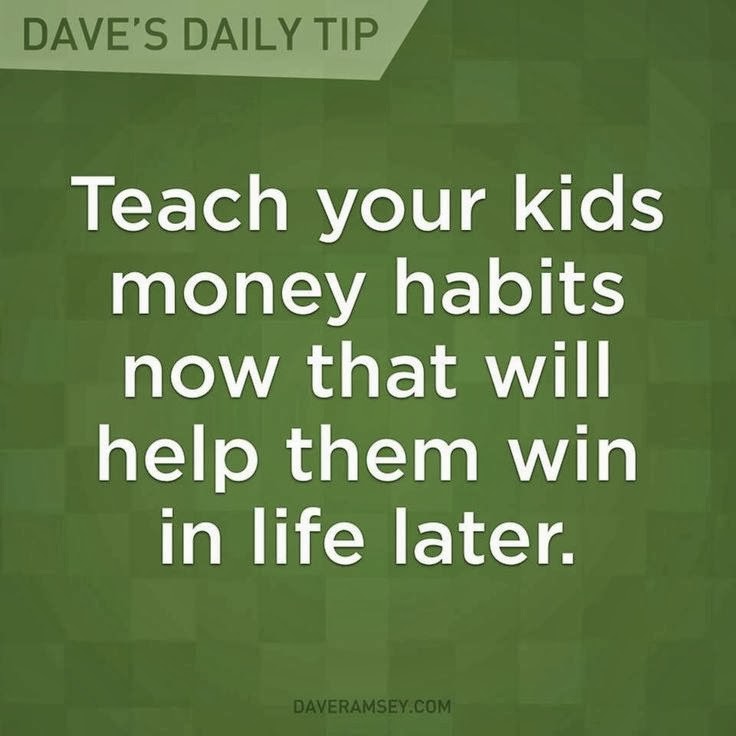 I remember when we went to the girls and told them we were going to be giving them a fairly substantial amount of money every month, their eyes got huge!  This was exciting for them.  As the months progressed it was interesting to see how they handled their money.  One was freer with her money than the other two.  There were a few tough months for her when she ran out of money before the month was over.  We had to stick to our guns a few times when she came and asked for an advance on next month’s stipend.  But as the month progressed they all became better at budgeting their money.  We did occasionally help them out for special occasions.  At prom time we told our oldest daughter we would contribute $75 to prom in addition to her monthly stipend.  Everything else had to be covered from money from her stipend or job.  She wanted a more expensive dress, so she put it on lay-away and paid it off over a few months.

Since they all had been working regular jobs for over a year before their 16th birthday they were able to save for cars.  Our plan was to match their savings up to a certain amount for there cars.  Our oldest daughter ended up buying my old car from us, so instead of matching we sold it to her for a reduced price.  The twins had saved way over the maximum we were going to contribute so they were able to get very nice cars when they turned 16.  With cars came responsibilities as a car owner.  Since they had jobs they were expected to pay for their car insurance as well as every other oil change. They needed to be mindful of these extra bills and budget accordingly.  Any bigger issues like tires or mechanical issues were split with us. We wanted them to be used to paying bills and know what responsibilities they would have once they got on their own. 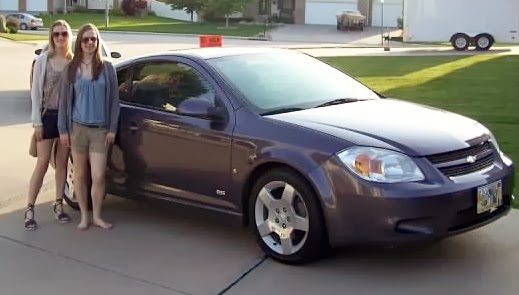 Naomi and Nakoma with the car that Naomi saved for.

By the time the girls were in their last year of school, they were handling their money like adults.  They had learned to budget, to save, and to pay their bills on time.

We plan to do the same with Rem in a year or two.  Right now he is 12 and is only on commission. Some weeks he does not get all of his chores for the week completed so his pay is cut.  Just like in the real world; if he doesn't work, he doesn't get paid.  He also has to save 10% and give 10%, just like his sisters.  Usually he saves for about half a year and then gives to a charity of his choice. He also, by himself, started an additional savings envelope for hunting and fishing supplies. If he does any work for friends or neighbors, he also has to save and give every time, but then he is free to do what he wants with the other 80%.  In my opinion, saving and giving is one of the most important lessons in teaching your children about money.

It is getting to be more often that he is asking for $10 here or $20 there, so it may be time to start teaching him a bit more about budgeting.  Since he is younger, we may start out by setting $50- $75 aside each month that can be used for clothes he needs or activities he wants to do. He would have freedom in those areas to choose how he wants to spend the money.  If he wants to buy a new pair of $75 cowboy boots (because yes, they cost at least that much!), he won’t be able to go to basketball games with Chad for that month.  Or, he can save half of it for a couple months and buy the new boots while still going to games. I believe things like this are best learned early, and if we teach them these concepts at a young age they will be better equipped to handle money as adults. Obviously everyone’s financial situation is different, but even a little bit money and freedom to choose how to spend it is good for children. They will make mistakes with it at times, but it is better that they learn now, while they are under your roof, than later when they are on their own.

So that is a little of what we have done with our children. What tips do you have about teaching children about money?